Centre for Anthropological Research ‘Tree of Life’ is a scientific-educational project dedicated to questions of interdisciplinary anthropological studies.

Principal objectives of the research:

The project is devoted to the following subjects:

Mission of our Centre

A principal objective — or mission — of our Centre is cultural-educational and scientific-research activity. We aim to investigate, to create and to engage in educational activity as it used to be at times of the Renaissance Florence and then in the Age of Enlightenment in Europe (but without a total dictatorship of cold rationalism).

There was a time when people were longing for self-knowledge and improvement of the world through creation of a new cultural space.
Such people existed then and they exist now. It explains the name of the website ‘culturaanimu.ru’. It is a part of a phrase that was said by Cicero. He was the first to use the word ‘culture’ in our usual modern context. In his ‘Tusculan Disputations’ Cicero, speaking of ‘cultura animi’, identifies it with philosophy:

“…as all cultivated fields are not harvest-yielding […] so all cultivated minds do not bear fruit. To continue the figure – as a field, though fertile, cannot yield a harvest without cultivation, no more can the mind without learning; thus each is feeble without the other. But philosophy is the cultivation of the soul. It draws out vices by the root, prepares the mind to receive seed, and commits to it, and, so to speak, sows in it what, when grown, may bear the most abundant fruit”

Exploration and conservation of cultural and spiritual heritage of the world nations are essential for an enlightened and harmonious global
community of the future.

The culture has a potential to transform a person for the better. Thus, it should be explored and maintained.

The Antiquity (Ancient Greece and Ancient Rome) is not the sole source of the cultural heritage.

Each culture has its own uniqueness and particularity that complement the main picture of the world culture.

Culture (or cultures) does not create narrow national boundaries but overcomes them. It does not put up insurmountable walls of dogmatism, but unites the spiritual heritage of distinct religions and beliefs. And the true purpose of a global culture is to bring together all the best from local cultures and from the treasury of mankind’s spiritual heritage to integrate it into a present-day civilisation in order to
create a better future for all people regardless of their colour, gender, nationality and creed. 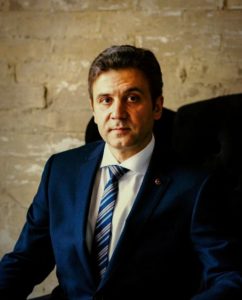 An active member and an expert of Russian Geographical Society.

Member of Commission for the Study of countries of Latin America in Russian Geographical Society.

Author of several books on religious studies, philosophy and psychology.

Organiser of dozens of research expeditions to Peru, Columbia, Ecuador and Bolivia with objective to follow the trails of the America’sancient pre-Columbian civilisations and Amazon’s primitive nations. 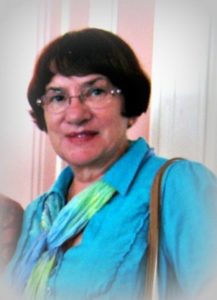 Curator of the project

A Senior Scientist of the Department of South and Southwest Asia in Peter the Great Museum of Anthropology and Ethnography (the Kunstkamera).

One of the leading specialists on philosophy and religions of the Ancient and Modern India.